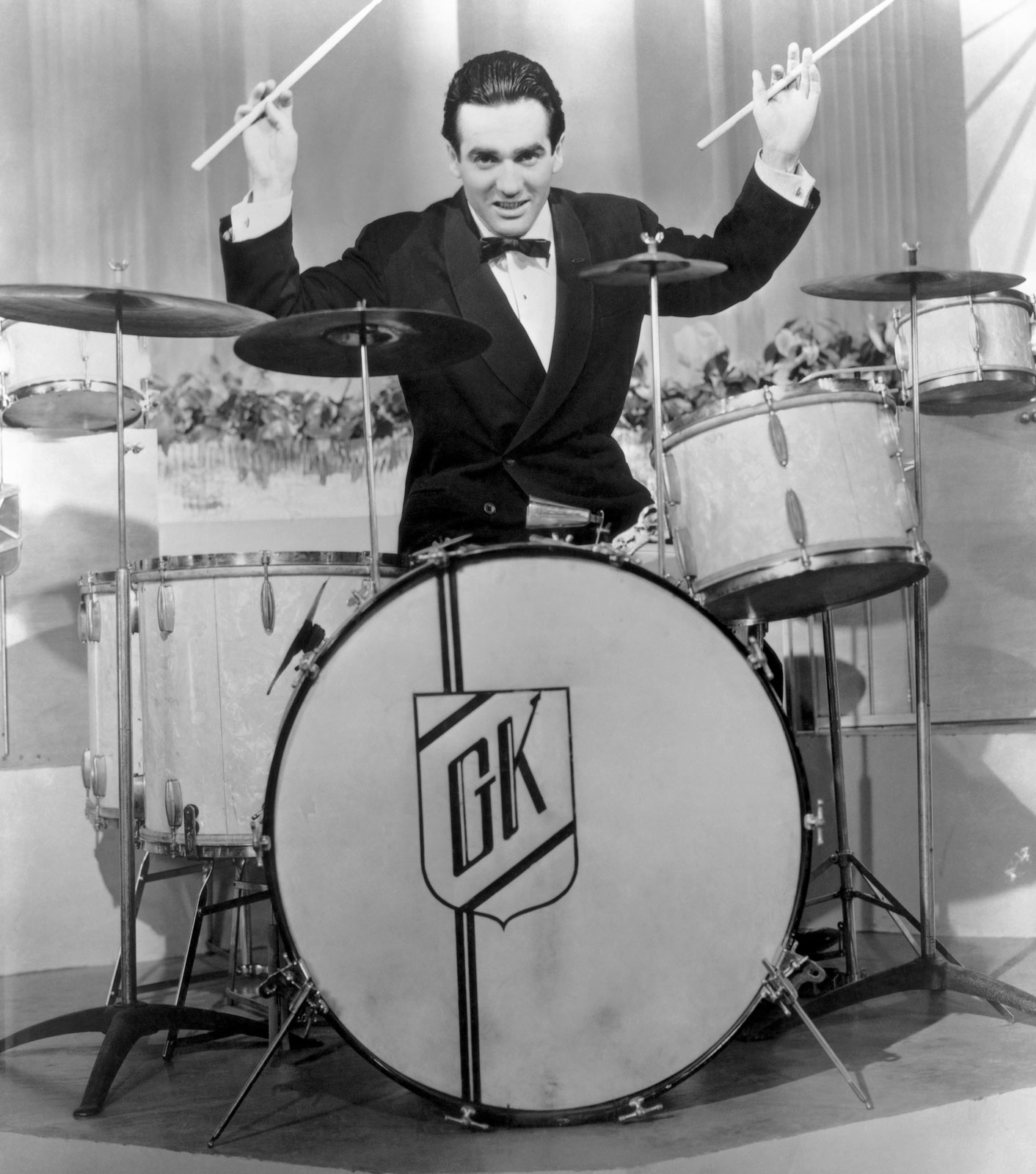 Gene Krupa is often known to be the world’s first drum soloist. He focused on supporting the other musicians in the band by keeping a solid rhythm section in line while also being able to move outside the pocket and into his own groove. By utilizing the drum techniques of Ultimate Drumming, inspired drummers can follow in the footsteps of Gene Krupa.

In this amazing video from the Sammy Davis Jr. Show, Gene and Buddy Rich battle off in a big band scenario.

These epic drum battles were first introduced in 1952 at the Jazz At The Philharmonic. Gene Krupa has solidified a monumental place in history as the man who made drums a solo instrument.